Any band can be your life, even if just for a moment. Dublin’s Sprints understand that singular feeling; it landed upon them at a Savages gig in 2019, where Jehnny Beth and her Mercury-nominated group inspired vocalist Karla Chubb, guitarist Colm O’Reilly and drummer Jack Callan to form a band of their own. After recruiting bassist Sam McCann, the quartet set about making guitar music that fizzles and snaps with careening intensity and dark, conversational, smirking lyrics. “He said, ‘baby are you straight?,’” Chubb sang on the striking 2020 single ‘The Cheek.’ “I said, ‘Bi, bye, bye.’”

From ‘How Does The Story Go?’, the opener of Sprints’ second EP, ‘A Modern Job’, Chubb imbues her anguish – which is as hot and potent as a blue flame – with her gorgeously ragged voice, repeating lyrical phrases again and again as though she’s processing her emotions in real-time. “I swear to god I’m the only fucker in this place who isn’t doing fine,” she sings about searing, needle sharp riffs. †And I’m not fine, I’m not fine, I’m not fine.” Listening to the song’s distorted and noisy layers tighten as they come together, it evokes the sight of a highly pressurized fire extinguisher exploding.

Sprints are as forceful as they are versatile, and their unmanicured approach to structure makes these songs distinctive. Throughout this collection, Chubb is a playful vocalist, whether she’s spitting in fits and occasionally flexing a theatrical cadence on heroic anthem ‘Modern Job’, or revelling in an Ian Drury-style snarl on ‘Delia Smith’. The tracks pulse with sharp rushes of adrenaline, winding themselves up in fury, sorrow, exhilaration, or a mix of all three. You’re continuously left anticipating that, when each respective bubble of feeling bursts, everything on this EP is going to get a lot louder and intentionally messier.

The unnervingly catchy ‘I’m In A Band’ is a grinding track about enduring unwanted comments from strangers, who have, in the past, unfairly questioned Sprints’ integrity as a group. O’Reilly provides the song’s guts, his guitar lines repeatedly shifting in pace, while Chubbs’ vocal conducts their direction from afar.

But the spirit of the EP is triumphant. The crushing sounds are surrounded by quietly hopeful moments, as Chubbs’ assessments of her day-to-day life are filled with equal parts suspense and heart. Sprints haven’t given up on the rage or the fuzz; it’s music that doesn’t want to shout at the horrors of the outside world, but instead try to create space to breathe within it. 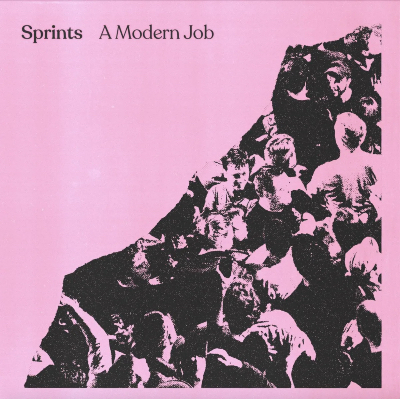 Nicky Tesco of UK punks The Members has died, aged 66

🎶FREE: Music Together® Demo Class for Babies at Unitarian Universalist Congregation of Erie

6 Live Music Shows to Check Out this Week