How did Providence lose its mojo, and could 2022–with a mayoral election–be the year it gets it back? With the campaign in mind, let’s suggest a simple, no-nonsense platform based on city streets that genuinely might offer a realistic chance of urban revitalization. 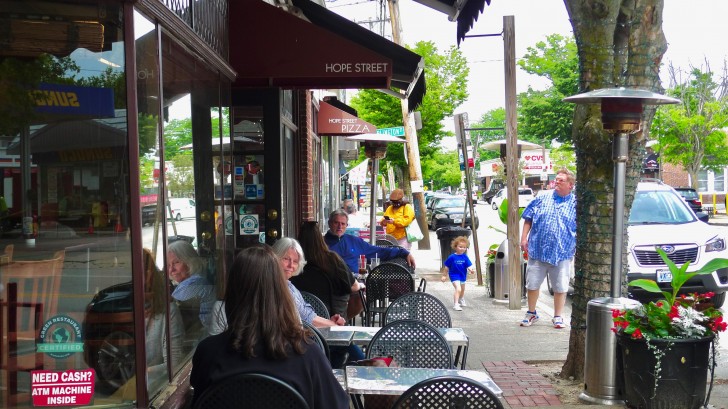 My wife and I chose to move to Providence more than two decades ago. We based our city search not on jobs, but on selecting an ideal place to live. We were entranced by the Rhode Island capital, which in the late 1990s seemed to be the cat’s meow, so smart, so full of energy and promise.

Our city shopping visit happened during RISD’s homecoming street fair. At WaterFire we learned how the river had been uncovered and revived, and most incredibly, how the city was going to relocate the monstrous scar of I-195 that spanned the water from College Hill to the Jewelry District. Gondolas cruised the river, and having Florence as Providence’s sister city seemed supremely appropriate. In short, Providence appeared to be an imaginative city on the cusp of a golden age such as it had not experienced since the turn of the 20th century. 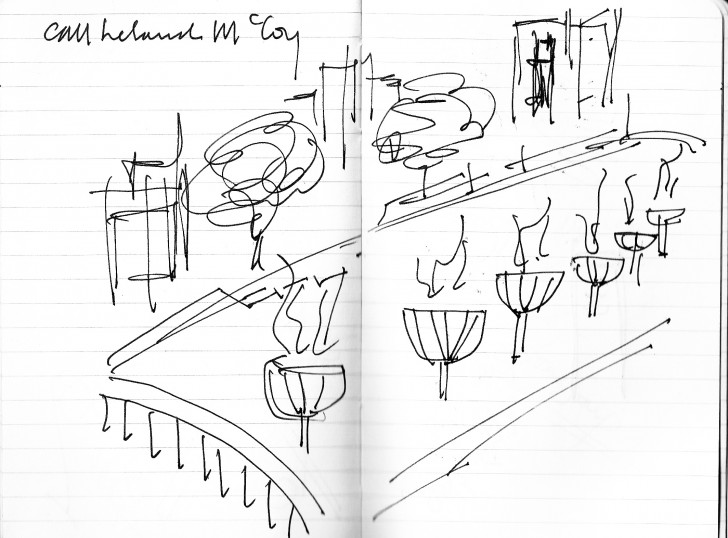 Sketch of Water Fire. Will Morgan

After twenty years of living here, the promise that drew us seems a bit flaccid, the exciting ideas have gone astray. (This happened before covid inflicted everyone and everything with an enervating ennui.) Our one urbanistically literate and visionary mayor went to jail. Exceptional new works of architecture could not offset the mediocrity of the ironically-named Innovation District. Despite the presence of an Ivy League university, an internationally famous design school, and several other institutions of higher learning, the dreams of another Cambridge, Silicon Valley, or Research Triangle have not come to fruition. 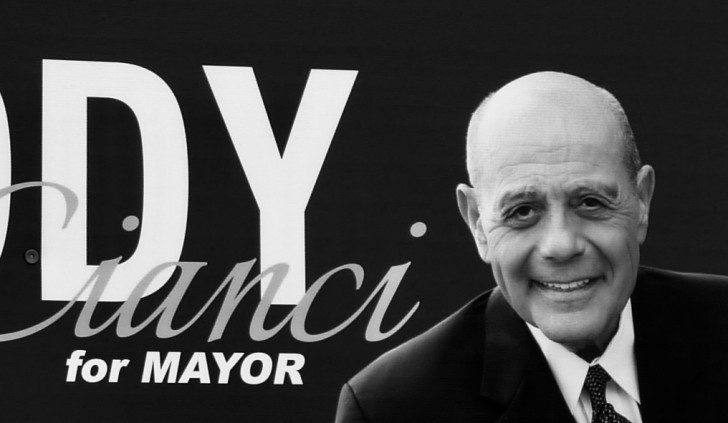 Now is a time to rebuild the city’s infrastructure and its image with a modest yet sensible proposal focused on our streets. Streets are the lifeblood of a city–its arteries and synapses. These passageways are where we connect, where do our outdoor living–walking, biking, dining, making social connections. By taking care of the streets, a savvy politician could do much to get Providence back on track. Instead of backing chimeras such as mega towers or sports stadiums, reclaiming our streets would have wider benefits and be longer-lasting.

First, fill the potholes. Our bumpy and pitted streets are Third World, and fixing them should be a priority for any mayor who wants to succeed. There’s surely an imaginative way to do this, providing work, and perhaps coming up with a better method to pave streets than just asphalt. Get the engineers at Brown to develop a revolutionary new road surface? 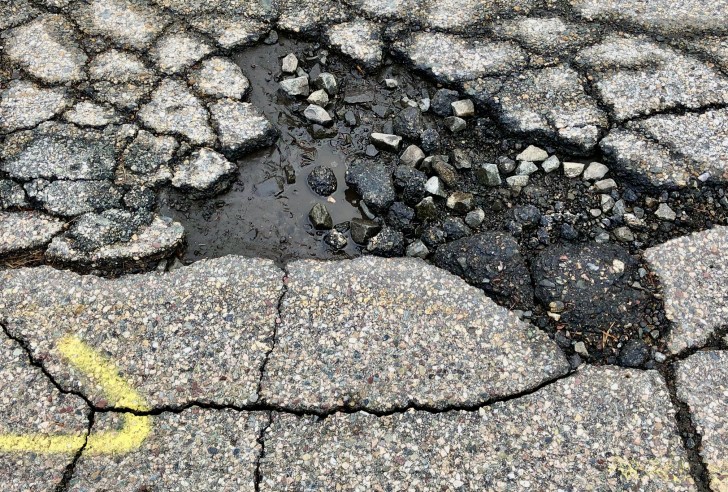 Fix the sidewalks. Providence gets high marks as a walkable city, yet too many sidewalks are dangerously broken. The city could create some a public works corps to repair and maintain these necessary assets. 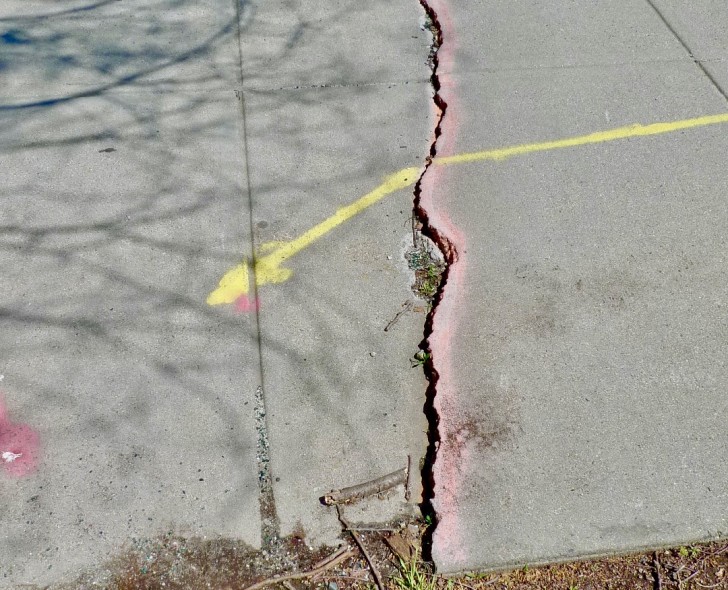 Plow the streets–all of them, and in a timely fashion. Every mayor knows this, but few seem able to deliver. During the recent snowstorm, I had to shovel fifty feet of city thoroughfare in order to reach the pitiful single-lane-wide plowed portion of our street. This is New England, we have winter, so why must snow paralyze commerce?

A half-plowed street between a synagogue and a church. PHOTO: Will Morgan

A half-plowed street between a synagogue and a church. PHOTO: Will Morgan

Plant and maintain trees. A green city is a more attractive and healthier place. It took the city several years and three different crews to remove a dead tree in front our house. Instead of braving the bureaucratic red tape and waiting for however long for the city to come up with a replacement, we bought and planted our own tree.

Even the appearance of safety will increase street usage (which will then make the streets safer), so keep them well lit. Lighting is a small price to pay for enhanced security.

Keeping the streets free of trash and litter ought to be part of this program. Enforce anti-litter laws and perhaps hire the homeless to pick up trash. What about more trash receptacles, maybe a handsome and practical object of street furniture from our cadre of talented industrial designers?

The creative capital deserves outstanding urban graphics. Signs should be distinctive, readable, and maintained. This is another of those small gestures that goes a long way toward proclaiming good governance. Ours is a city with many fine graphic designers, so why not create a Providence font for urban signage? 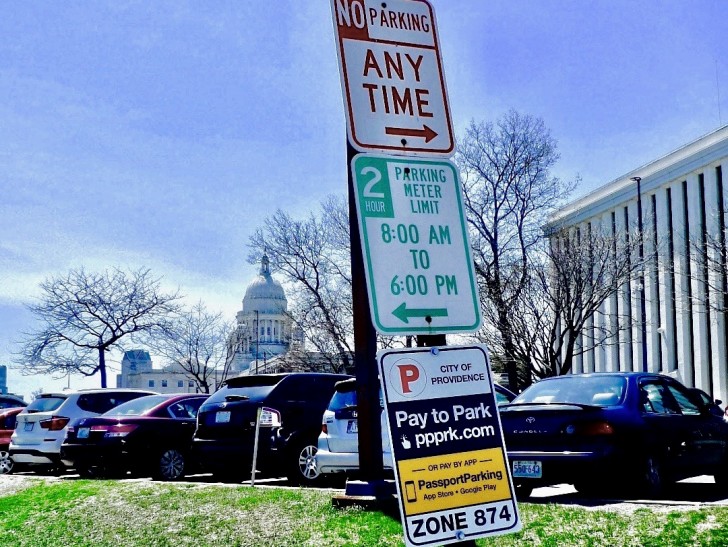 And, not least of all, support the police in enforcing traffic laws. Having everyone running stop signs and thumbing their noses at speed limits, turn signals, and the protocol of four-way stops suggests a lawless citizenry. This lack of civic responsibility suggests something darker than selfish drivers trying to cut their time to Dunkin Donuts.

Plowing and paving are not as dramatic as, say, pension reform. Yet this small-is-beautiful approach to urban problems will reap visible and tangible benefits. Accept that streets are as much a component of the social contract as, say, education and fire protection. Then we can begin to create a civilizing ambiance that will constantly reassure us and remind us that we are citizens of an urbane 21st-century society. 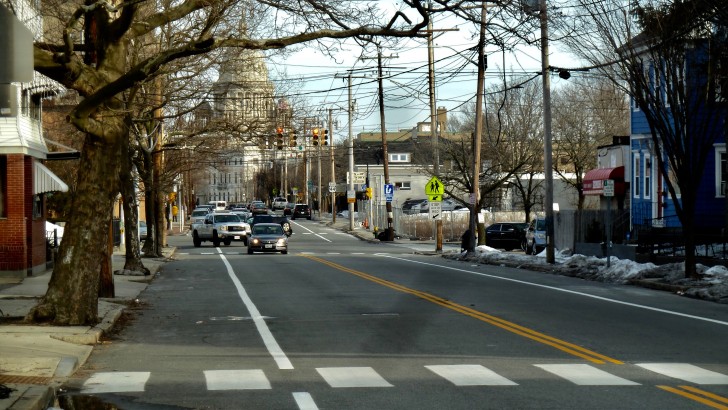 With some maintenance, Smith Street could once again be a grand boulevard. PHOTO: Will Morgan

Will Morgan taught urban design and the history of cities.